The signatories of the Declaration are to support the establishment of green shipping corridors (zero emission maritime routes) between 2 or more ports.

It is our collective aim to support the establishment of at least 6 green corridors by the middle of this decade, while aiming to scale activity up in the following years, by inter alia supporting the establishment of more routes, longer routes and/or having more ships on the same routes. It is our aspiration to see many more corridors in operation by 2030. We will assess these goals by the middle of this decade, with a view to increasing the number of green corridors.

In the pursuit of these goals, with reference to the approach(es) set out in Annex A, signatories pledge to:

• Facilitate the establishment of partnerships, with participation from ports, operators and others along the value chain, to accelerate the decarbonisation of the shipping sector and its fuel supply through green shipping corridor projects
• Identify and explore actions to address barriers to the formation of green corridors. This could cover, for example, regulatory frameworks, incentives, information sharing or infrastructure
• Consider the inclusion of provisions for green corridors in the development or review of National Action Plans
• Work to ensure that wider consideration is taken for environmental impacts and sustainability when pursuing green shipping corridors.

Signatories are to facilitate partnerships to establish green shipping corridors, in which:

Voluntary participation by operators is a significant element for successful green shipping corridors.

For greater clarity, all vessels transiting a green corridor would not be required to be zero emissions or to participate in the partnerships.

In supporting the establishment of green corridors, signatories recognise that fully decarbonised fuels or propulsion technologies should have the capability to not add additional GHGs to the global system through their lifecycle, including production, transportation or consumption. 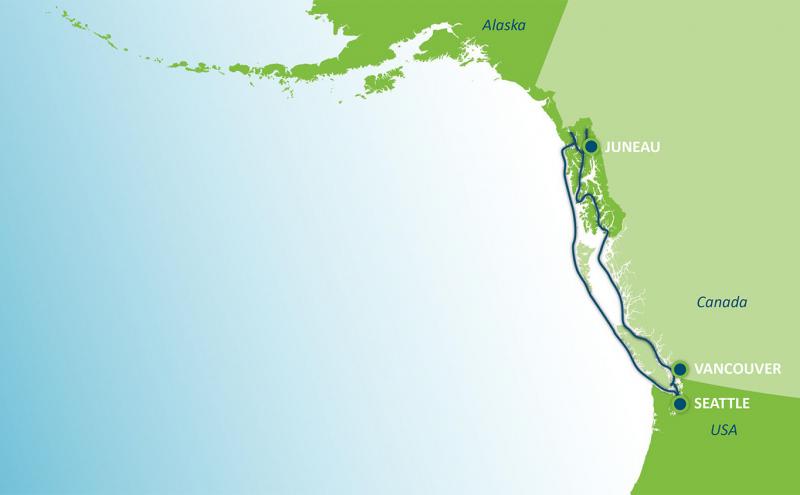 The port authorities of Singapore and Rotterdam, the two largest bunkering ports in the world, have recently announced a partnership to launch what they claim will be the world’s longest green corridor for shipping. This follows similar announcementsbetween the major European and Baltic Sea ports and the ports of Shanghai and Los Angeles. Similarly adventurous is an agreement between the ports of Vancouver, Seattle and Juneau in partnership with leading cruise lines to initiate the world’s first green cruise corridor.

Under a Memorandum of Understanding (MoU), the Maritime and Port Authority of Singapore (MPA) and the Port of Rotterdam will seek to realize the first sustainable vessels sailing on the route by 2027 by bringing together a broad coalition of shippers, fuel suppliers and other companies to collectively work towards transitioning low and zero carbon alternative fuels, including synthetic methane, hydrogen, and hydrogen-based fuels including ammonia and methanol.

The MoU also aims to optimize maritime efficiency, safety, and the transparent flow of goods by creating a digital trade lane where relevant data, electronic documentation and standards are shared. The expectation is that this will go some way to creating seamless movement of vessels and cargo while also promotingjust-in-time arrivals. 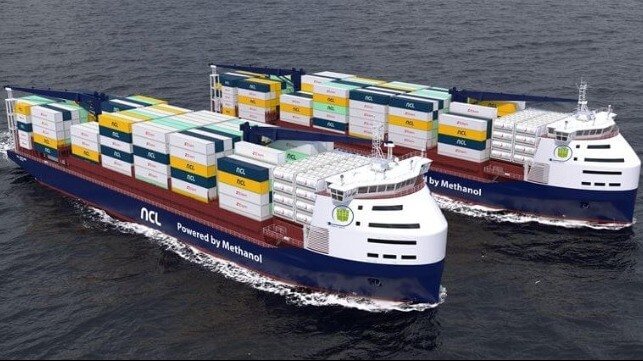 In another interesting development, Norway’s MPC Container Ships is working with North Sea Container Line to launch the first green corridor along the North Sea in 2024 with the deployment of methanol-powered containerships. Theexpectation is for a reduction in net CO2 emissions by 45% and increase this to 100% through the use of green methanol derived from renewable electricity and captured CO2 when the e-fuel becomes readily available.

With a capacity of 1,300 TEU, the vessels are to be built at China’s Taizhou Sanfu Ship Engineering at a cost of $39 million each.