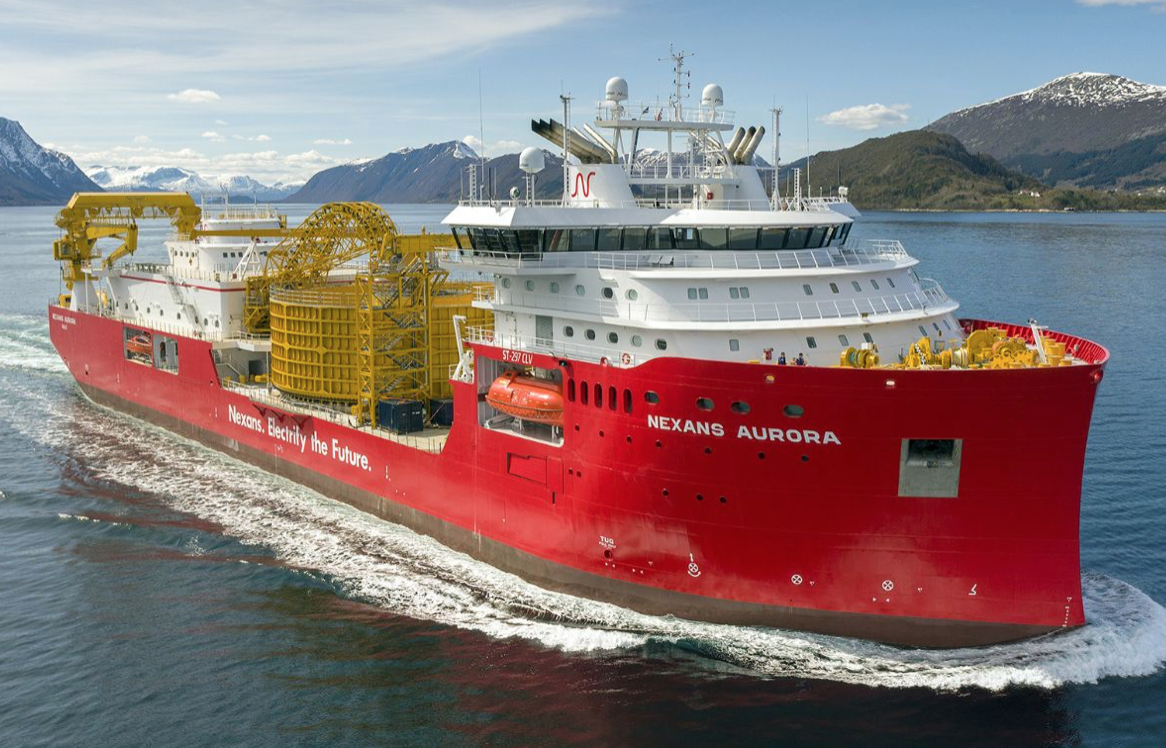 Nexans Aurora is expected to play an important role in the installation of Nexans’ cutting-edge HV submarine cables that will bring more energy to the world, in particular the high demand for vessels capable of connecting offshore wind farms to the grid, supporting electrification of offshore petroleum installations and creating interconnectors across the globe.

In March this year, Nexans announced the signing of a preferred supplier agreement with Empire Offshore Wind LLC to electrify the future of New York State by connecting the Empire Wind offshore projects to the onshore grid. It is estimated that the project will deliver renewable energy to over one million homes.

Cable-laying gear on the Aurora includes a high-capacity split turntable midship instead of the conventional arrangement with two single turntables. She is also able to lay cables through two types of lines, using a capstan winch for deep water operations and a traditional tensioner line suited for shallower water. Aurora is classified with DP3, DNV’s highest dynamic positioning (DP) notation. 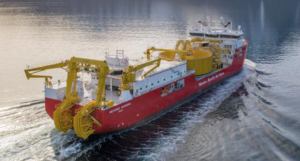 Founded in 1917, the largest business unit within the family owned Ulstein Group is the company’s shipyard, Ulstein Verft AS. The group also includes companies working internationally in ship design, along with power and control systems solutions.

Nexans was founded in 2000 as a business unit of the telecommunications company Alcatel after its acquisition of a number of companies in the cable sector.

At West Pacific Marine, our marine consultancy in Vancouver aims at empowering you with reliable information and the development of a strategy to meet your unique project needs. Get in touch to learn more and schedule a meeting.