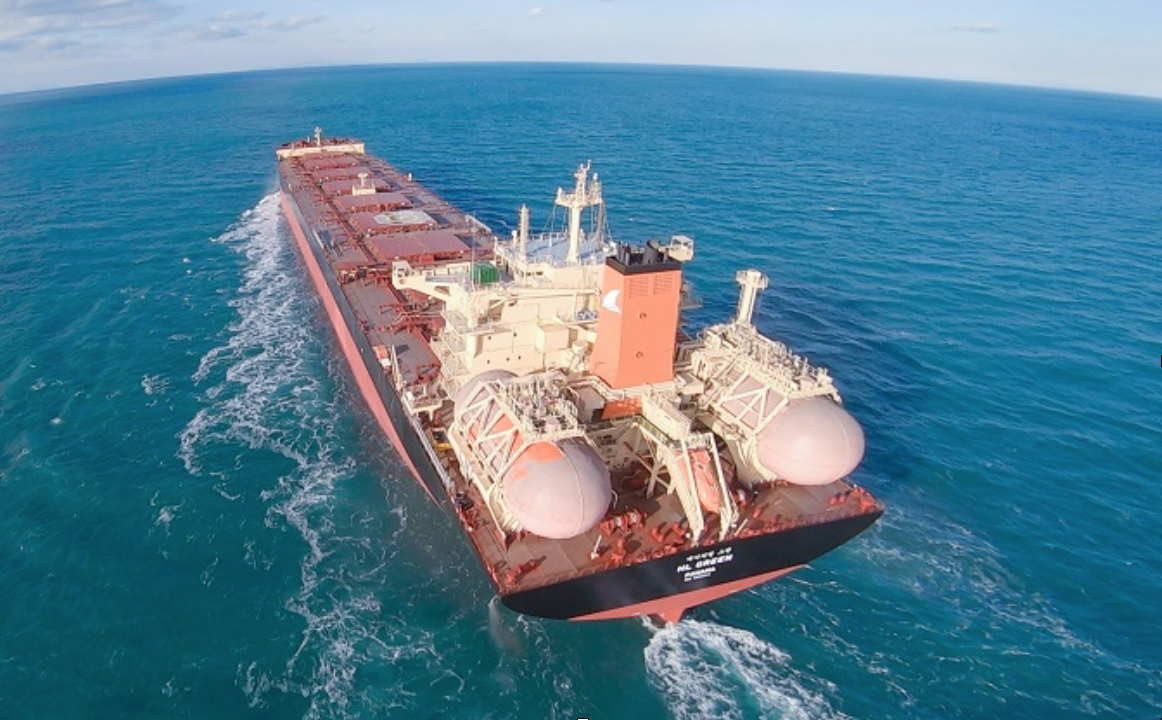 While much of the attention towards adoption of LNG propulsion is focused on the container, cruise  and ro-ro sectors, the dry bulk and tanker industries are also slowly getting in on the act. Delivered in late 2020, sister ships HL Eco and HL Green are the world’s first dual-fueled Capesize bulk carriers.

These pioneering vessels were built under a 2018 agreement signed between the South Korean Ministry of Oceans and Fisheries, POSCO, H-Line, and KOGAS. Each ship is equipped with two 1,600 cbm capacity LNG fuel storage tanks composed of 9% nickel steel, which exhibits proven fracture resistance even at the cryogenic temperatures required for LNG storage.

Hyundai Heavy Industries signed a joint development agreement with Lloyds Register in 2017 for the design of LNG-fuelled bulk carriers in the Capesize category. Subsequently, HL Eco and HL Green were developed under dual-class assignment with DNV notations alongside those of the Korean Register (KR).

By adopting LNG propulsion, these vessels are designed to achieve a 99% reduction in emissions of sulphur oxides (SOx) and particulate matter (PM), up to 85% in nitrogen oxides (NOx), and 30% in greenhouse gas (GHG), compared to the levels of most existing ships.

The price tag of each vessel at US$62 million, reflects a premium of around 24% for the dual-fuel specification relative to conventional diesel propulsion. The South Korean government is lending financial support to incentivise LNG propulsion development and at least partially off-set the additional cost of construction.

Two additional sister ships are set to be delivered by the end of March 2022. When all are operational, they will each make about 10 round trips annually hauling iron ore and coal from Australia to South Korea.