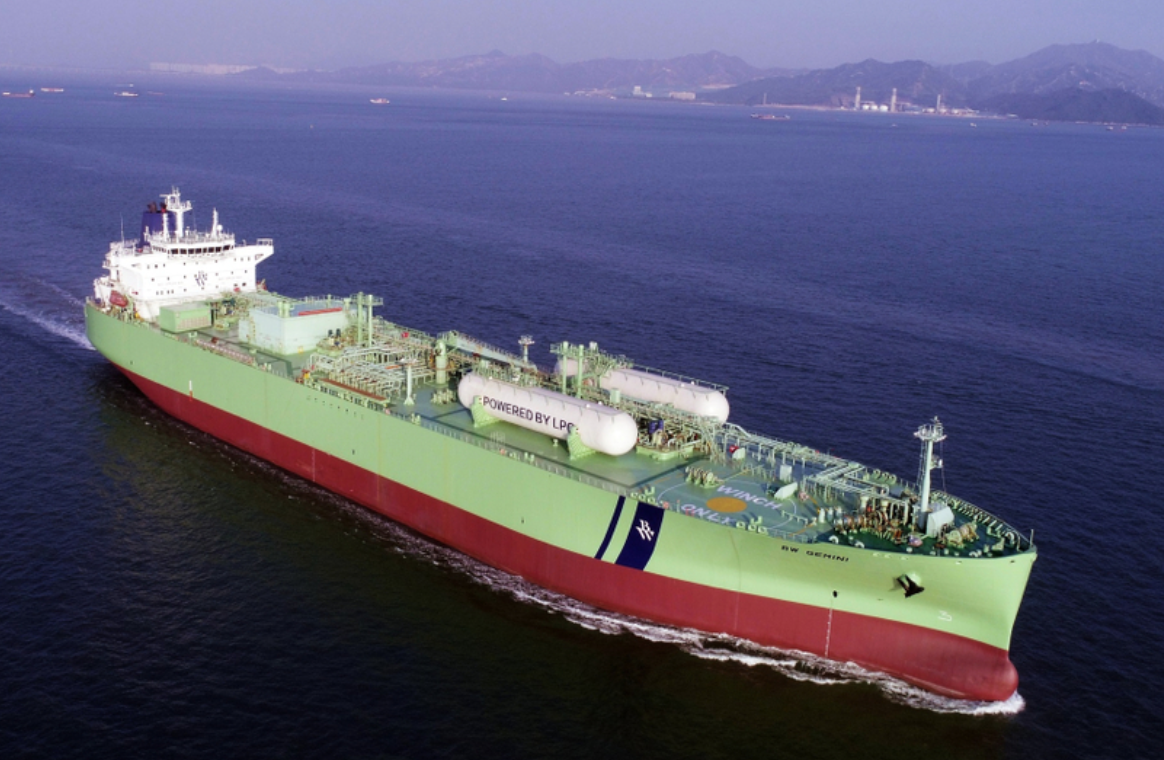 The project comprises the retrofit of 12 vessels in the BW fleet using the recently launched MAN B&W ME-LGIP LGP-powered engine capable of operating on diesel fuel or LPG. The remaining 11 vessels are expected to be converted by Q3 2021.

A week of sea trials took place in the South China sea post-conversion following which DNV-GL issued classification certification. She then sailed transpacific to the Port in Houston, Texas via Panama on full LPG propulsion, and loaded a record 49,000 tonnes of LPG as cargo.

Using LPG as a ship fuel results in lower emissions and eliminates most SOx emissions. It is also cheaper than other fossil fuels.

BW Gemini is part of the fleet of Oslo-listed BW LPG – the world’s leading owner and operator of LPG carriers. The company’s history goes back to 1955 when Mr. Yue-Kong (Y.K.) Pao (1918-91) formed the World Wide Shipping Group in Hong Kong and bought his first vessel, a 27-year-old coal-burning freighter.

In 1978, Mr. Pao was knighted by Queen Elizabeth II, and by the following year the company was operating an independently managed fleet of over 200 ships, the largest in the world. In 2003 he was selected by readers of Fairplay as “the most influential person in shipping in 120 years”.

In 2003, the company acquired Bergesen d.y. ASA, at the time Norway’s largest shipping company, and in 2005 the company was rebranded as the BW Group. Today, the company manages a fleet of around 360 vessels including the world’s largest privately-owned fleet of 90 LPG carriers. If that were not enough, the company owns the second-largest fleet of Floating, Production, Storage and Offloading (FPSO) units.

West Pacific Marine’s team of experts offers marine consultancy services, aiming to empower you with reliable information and the development of a strategy that meets your unique project needs. Get in touch to learn more and schedule a meeting.