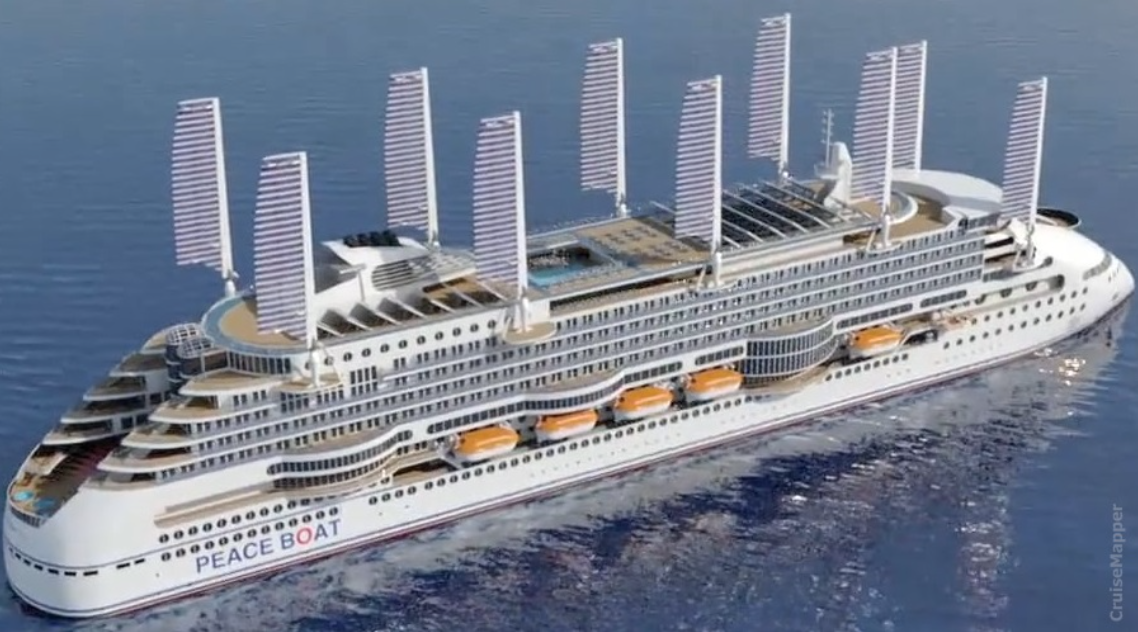 The futuristic design of some of today’s ships draws a variety of responses depending on whether you hold a traditional or futurist perspective. For those of us who began our careers on general cargo ships and/or on tankers with accommodation amidships, just at the time when the industry was flirting with the idea of fully cellular container ships, what is now the norm could hardly have been imagined.

So what influences have driven ship designs and will the same drivers apply going forward? I would suggest that some of the primary catalysts of change have been:

To the above must be added owners with no appetite for the challenges of an industry overhaul. This applied to many traditional European owners whose once-famous fleet names are sadly long since deceased. So then, let’s take a peek at a few of the concepts that will shape the next 50 years.

Cutting edge ship designs are have become a routine output of the cruise lines. Cruise Lines International Association (CLIA) is predicting 30 million cruise passengers for 2019, continuing a trend averaging an increase of one million passengers each year. This is being sustained by attracting multiple repeat cruisers along with first-time cruisers of all ages to experience a seemingly endless growth in available capacity. Success is being achieved through a combination of intensive marketing, refining and improving the onboard experience and broadening the choice of destinations.

Of the eye-catching designs currently under construction, one in Finland for Japan’s Peace Boat organization is being termed “a true eco-friendly cruise ship” to be showcased at the 2020 Olympic Games in Tokyo. 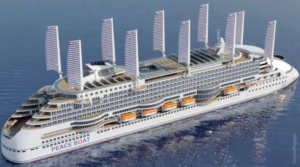 One of the most eye-catching designs, currently under construction in Finland, is a 60,000 GRT 2000 passenger vessel for Japan’s Peace Boat organization. The organization has commissioned what is being termed “a true eco-friendly cruise ship” for delivery ahead of the 2020 Olympic Games in Tokyo.

Design features include 10 large retractable wind sails made up of solar panels, which can be used simultaneously for propulsion and power generation. The hybrid main engine will be diesel/LNG fuelled providing for a saving of up to 20% in fuel consumption and reduce carbon emissions by up to 40%, compared to a similar ship with conventional technology. Other features include state of the art waste disposal and architectural design features based on the biophilia (maximum use of natural elements such as air, light and water) concept.

Another sector making strides is that of pure car and truck carriers (PCTC) where the main players are seemingly trying to out-eco one another. There are a number of examples but one that stands out is the 200m long and 49m beam NYK Super Eco Ship 2050 which highlights industry’s aim to reduce GHG emissions by 50% by 2050. 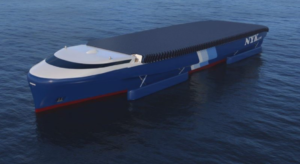 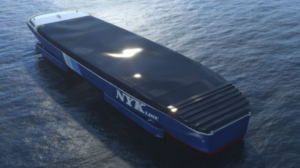 NYK claims that the power needed to operate the vessel is reduced by 70% by optimization of hull design, an underwater air-lubrication system to decrease friction, a lightweight hull itself and the installation of fuel cells for electric propulsion. Efficiency is further increased by replacing conventional propellers with flapping foils and automatic hull cleaning while in port. Rather than fossil fuels, the vessel would be powered by solar energy and hydrogen produced from renewable energy sources resulting in a zero-emission vessel.

The question being asked by many is how large can they become? More than 20 years ago when attending the Hyundai Mipo Shipyard in Ulsan I was told that the yards were planning for an eventual maximum of 24,000 TEU which translates to LOA 400m and 24 containers across. With the series of MSC ships now being delivered, we are now there.

The next question is, will it ever be practical to run such ships autonomously. Certainly, Rolls Royce Marine (now owned by Kongsberg) thinks so and has become a leader in promotion of the concept of autonomous shipping.

The technologies required already exist, however the regulatory framework has yet to catch up and the awkward question yet to be satisfactorily answered is the management of port entry and departure, not to mention exposure to piracy and how vessel and cargo underwriters will wrap their collective thoughts around financial exposure.

While not autonomous, Odense Maritime Technology (OMT) of Denmark has also offered a concept of how they see the containership of the future (see below). In partnership with the Green Ship of the Future Alliance, OMT has developed the Regional ECOFeeder that provides for a reduction of CO2 by 30% over today’s fleet.

The conventional tall accommodation block with a navigation bridge has been replaced by an accommodation and ship control area above the engine room and aft mooring deck to optimize container intake. A “virtual bridge” combining the navigation bridge, ship control room and engine control room is connected by video and sensors to the bow of the vessel. 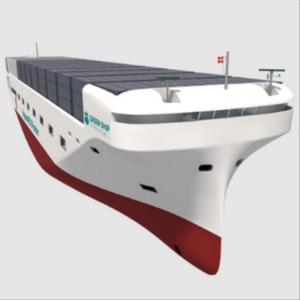 As the marine industry looks to the future and the ambitious emission reduction targets set by IMO, the expansion of LNG, methanol and hydrogen as marine fuels seems inevitable. Indeed, a huge amount of work has already been undertaken with this in mind. Here are a few more conceptual designs of the ships that will carry us into the future. 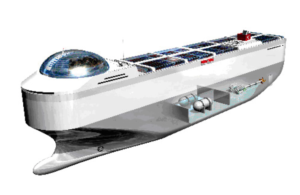 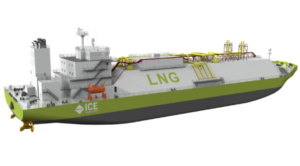 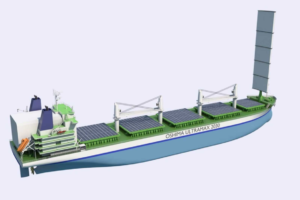 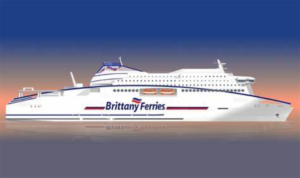