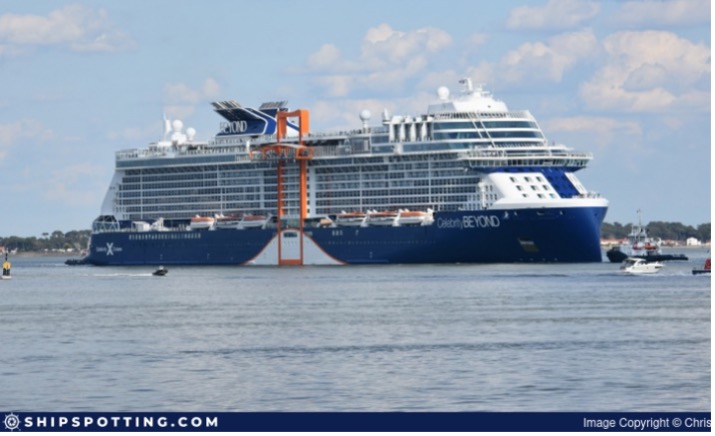 Recently completing her maiden voyage from Southampton to Barcelona was Celebrity Beyond, the third in a series of five new Edge Class cruise ships built for Celebrity Cruises, a division of the Royal Caribbean Group. She is now home ported in Barcelona for the 2022 summer season before repositioning to Fort Lauderdale for the winter.

Celebrity Beyond is slightly larger than the first two vessels in Class, Celebrity Edge and Celebrity Apex both of which have an LOA of 306m and a guest capacity of 2918. She also has an increase in air draft of 17m with 179 additional staterooms and suites. The fourth vessel in class has been named Celebrity Ascent which is due for delivery in December 2023 and will sail directly to the Caribbean.

All Edge Class vessels feature the so called magic carpet which is a distinct extended feature on the starboard side. When in the fully elevated position the magic carpet provides an open air dining option and when fully lowered provides a platform for tendering operations when the vessel is unable to go alongside.

Another unusual feature in vessels of this class is the inclusion of infinite verandahs rather than conventional balcony cabins. These are said to increase the size of a standard state room by 20% and bring guests “closer to the water”. 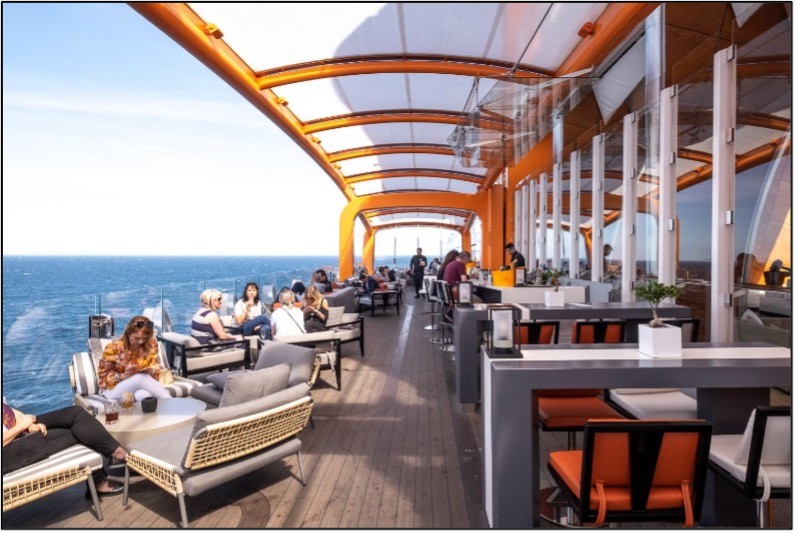 Celebrity Cruises is the successor to Chandris Lines founded in 1960, primarily to run emigrant ships from Europe to Australia. The company assumed ownership of a series of second-hand vessels and fitted them out for both the emigrant trade and cruising.  With the eventual decline of the emigrant trades and increased competition in the cruise sector, the company formed Celebrity Cruises in 1988. Orders were placed for a series of new buildings and the aging Chandris fleet gradually phased out in favor a modern fleet capable of competing for government contracts.

In 1997, the Chandris family sold its interests in Celebrity Cruises to Royal Caribbean Cruise Line which has since continued to invest and expand the brand.