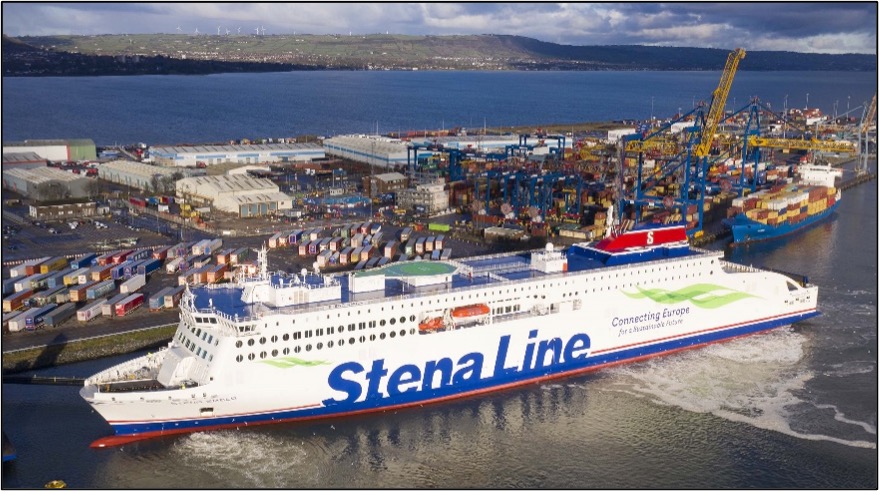 Sweden’s Stena Line is well known for operating a large and diverse fleet of ferries and tankers. Innovation in design and state of the art facilities are a hallmark of the company’s approach to European market leadership.

Delivered in late 2020, Stena Embla is the third so called E-Flexer ferry to join the company’s Irish Sea fleet and operates on the highly competitive Liverpool – Belfast route. The investment represents a multi-year $536 million development program

Owned and operated by Stena Line

In total, 12 E-Flexers have been ordered to date for operation by a combination of Stena Line, Brittany Ferries, DFDS Seaways and Canada’s Marine Atlantic. Stena Line are to take five vessels of the class, Brittany Ferries five (three of which will be powered by LNG, and two hybrid electric) with a single vessel each going to DFDS and Marine Atlantic. The latter will also be hybrid electric. The arrangement is for all vessels to initially be delivered to Stena RoRo. The vessels to be operated by Stena Line are then handed over for operation with the remaining vessels being long-term time chartered to their operators including an option to purchase on conclusion of the charter period.

A larger variant from the standard design to be operated by Stena Line will have a length of 239.7m, a GRT of around 45,000 tons, capacity for 1,200 passengers and approximately 300 vehicles.