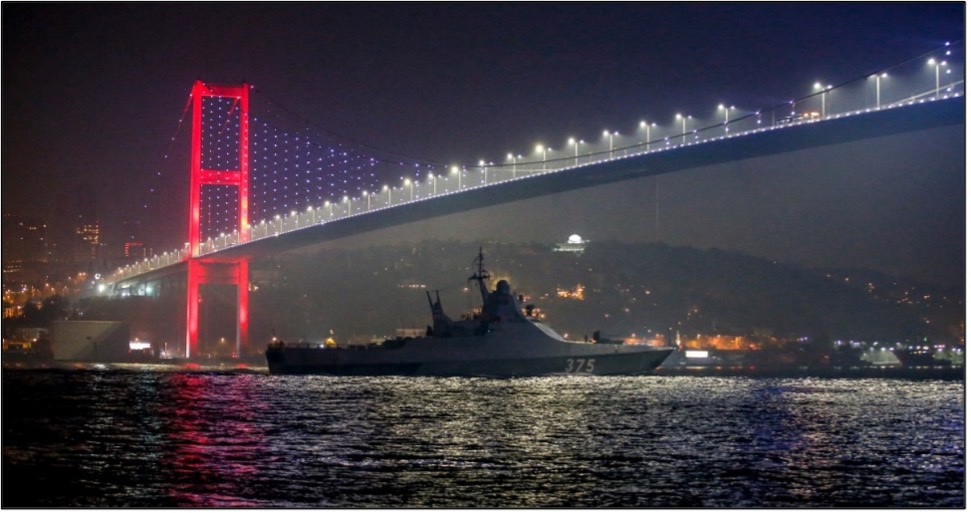 The Russian invasion of Ukraine on February 24 has prompted many of us to think back to our school history lessons and the significance of the Dardanelles to the Allied powers in World War 1, not overlooking the ill-fated battle of Gallipoli.

Signed in 1936, the often overlooked Montreux Convention, registered under the League of Nations, was signed by Australia, Bulgaria, France, Greece, Japan, Romania, Yugoslavia, the United Kingdom, the Soviet Union, and Turkey. While the United States is not a signatory, it has thus far largely respected it. The Convention, which was signed at the Montreux Palace in Switzerland, gives Turkey authority over the sea route between the Black Sea and the Mediterranean with limits on the passage of both military and merchant vessels through both the Dardanelles and the Bosporus straits. Somewhat belatedly, since Russia had already built a significant amphibious capability in the Black Sea, Ukraine asked the government of Turkey to close the Straits to naval ships and to which Turkey agreed on February 28. There are four key elements in the Montreux Convention that dictate which vessels may enter the Black Sea in wartime:

During World War II, Turkey closed the straits to the warships of all countries involved in the conflict. This action effectively prevented warships from Germany and Italy from engaging with the Soviet Union but equally prevented the Soviet Union from supporting Allied operations in the Mediterranean. The current conflict has already seen attacks on at least three merchant ships with insurers either not willing to cover vessels sailing into the Black Sea or demanding huge premiums to do so. This has further complicated oil trading and shipping markets that were already nervous of sanctions busting. Ports in the Black Sea are critical for handling of agricultural exports from both Ukraine and Russia to the tune of 25-30% of global trade in these commodities leading to global alarm bells ringing. The impact on developing countries that are heavily dependent on the World Food Program looks sets to be particularly serious. 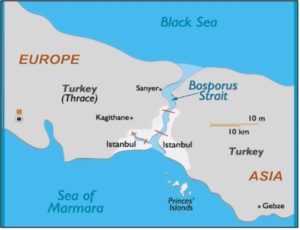 While Turkey has been a member of NATO since 1952, it also has a long history of close diplomatic and military engagement with Russia and has not joined the U.S. and Europe in imposing sanctions on the country following the invasion of Ukraine. Turkey is currently on the list of NATO bad boys and faces action under the Countering America’s Adversaries through Sanctions Act (CAATSA) for the purchase of the Russian S-400 air defense system. It was also expelled from the F-35 consortium, prompting Ankara to initiate a domestic fighter jet (TAI TF-X) with the potential assistance of Rolls Royce aero-engine division.

Looking ahead, Turkey’s proposed Kanal Istanbul, an alternative 45km waterway that would connect the Black Sea with the Sea of Marmara, has already provoked a diplomatic challenge to the Montreux Convention with several countries questioning Turkey’s true motivations.