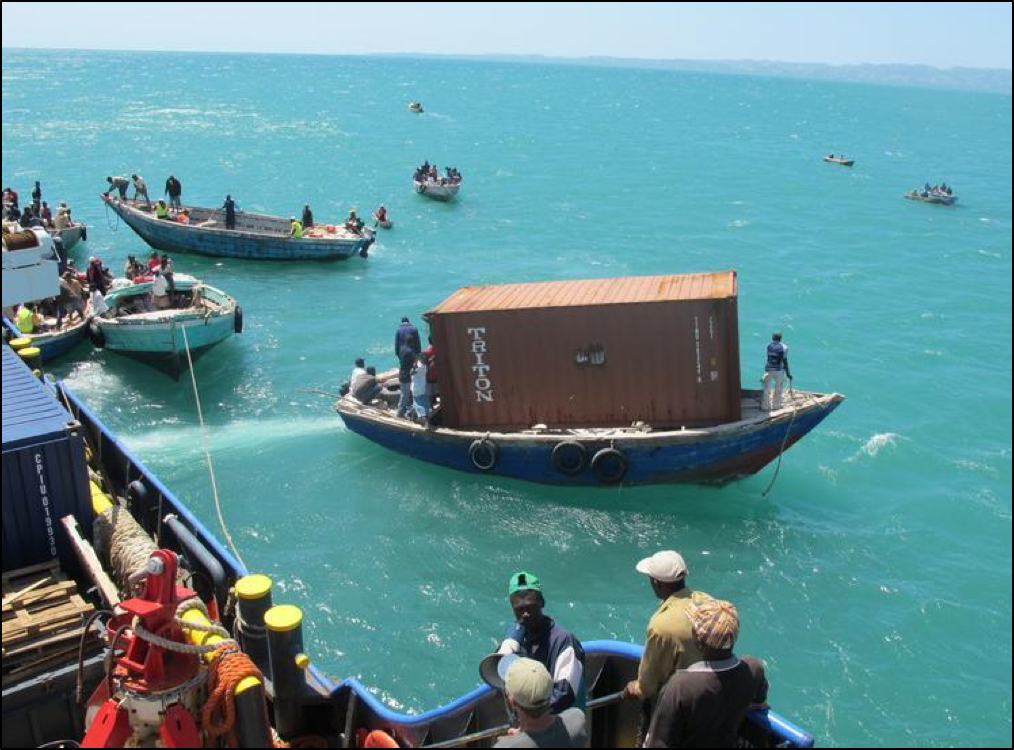 It never ceases to amaze that given the dependence of the global economy on shipping, very little attention is paid to the industry until an incident freaks out the media or there are impacts to the global supply chain.

The same cannot be said for China which through the Belt and Road initiative, acquisition of terminal assets across the globe and continued expansion of all sectors of the country’s merchant fleet, understands full well the significance of controlling trade and the logistics on which it depends. Just last month, COSCO Shipping increased its stake in the strategic port of Piraeus from 51% to 67%. Significantly, Piraeus has developed direct rail connections with reach into Austria, the Czech Republic, Germany and Poland. As a key transhipment hub, the port also therefore provides another link in the Belt and Road initiative, namely Egypt, with a convenient direct link to Europe. In addition, Chinese companies are behind capacity expansion at both Port Said, Alexandria, and Haifa in Israel, not to mention the Suez Canal Corridor megaproject, with COSCO owning a 20% stake in the 5.4 million TEU Suez Canal Container Terminal (SCCT) at East Port Said.

When it comes to container terminals, there is currently a titanic worldwide struggle for capacity. Post COVID, the boom in exports from Asia, in particular China, has stretched terminals across North America and Europe to breaking point. By way of example, for most of this year, the largest port complex in the United States, Long Beach & Los Angeles has seen 35-40 container vessels awaiting berth with logistics chains operating well above design capacity and freight rates for container shipments at levels which would have been unthinkable only a year ago. Likewise, the Baltic Dry Index is at levels last seen in 2010.

Here then lies the danger of history repeating itself as cash rich shipowners take a deep breath and commit to new builds despite the continuing uncertainty surrounding future propulsion systems and the legislation that will govern them.

Over 600 container ships are currently on order from hungry shipyards. Nearly 400 of these have so far been ordered in 2021, adding around 3.5 million TEU of capacity to the global fleet. On the subject of propulsion systems, LNG both fueled and dual fueled vessels are increasingly favoured, however Maersk Line last month announced a different approach by ordering a series of eight 16,000 TEU capacity vessels capable of being operated on carbon-neutral methanol making them the world’s first large ocean-going container ships to be methanol-ready on delivery. For those staying with conventional propulsion systems, most are opting to install a scrubber system.

Returning to the subject of Greece, many would be surprised to know that in a country which is home to only 0.16% of the world’s population, Greek shipowners quietly own around 21% of global tonnage and 54% of EU controlled tonnage. According to the Union of Greek Shipowners, the value of the fleet currently stands at around $133 billion, the world’s No.1 spot by valuation having grown by some 30% in the past three years alone. This does not include nearly 200 ships under construction with a value of around $15 billion. 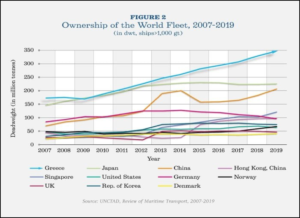 Greece has also announced a $1.2 billion multi-year program to upgrade the domestic maritime sector. This includes approximately $200 million funded by the EU for upgrading the infrastructure at 33 ports in the Greek Islands and to improve ferry services both inter-island and from the mainland.

Against the background of relentless growth in world trade we have the challenge of minimizing impacts to the global environment through vessel noise and emissions along with terminal, road and rail infrastructure expansion projects. Following the grounding of Ever Given in the Suez Canal in late March, Egypt has belatedly accepted that the southern stretch of the Canal needs deepening and widening if a repeat accident is to be avoided. Let’s hope that it doesn’t take too many accidents for global decision makers to recognize that today’s infrastructure serving world commerce is rapidly being saturated.

Leaving aside China’s mega ports, the new port of Tuas under development in Singapore is a rare example of taking the bull by the horns rather than tinkering with incremental capacity improvements. After 30 years of construction, when fully operational in the 2040’s Tuas will be the world’s largest container port with a capacity of around 65 million TEU per annum and is designed for vessels of up to LOA 450m. Existing terminals Singaporean will be consolidated into Tuas but leaving significant capacity for throughput growth. Interestingly, the new port is designed to adapt to rising sea levels with an operational platform of five metres above maximum sea-level.

Unfortunately, the strategic significance of the maritime industry falls below the radar for the majority of Western decision-makers. We must therefore be thankful for the few exceptions.