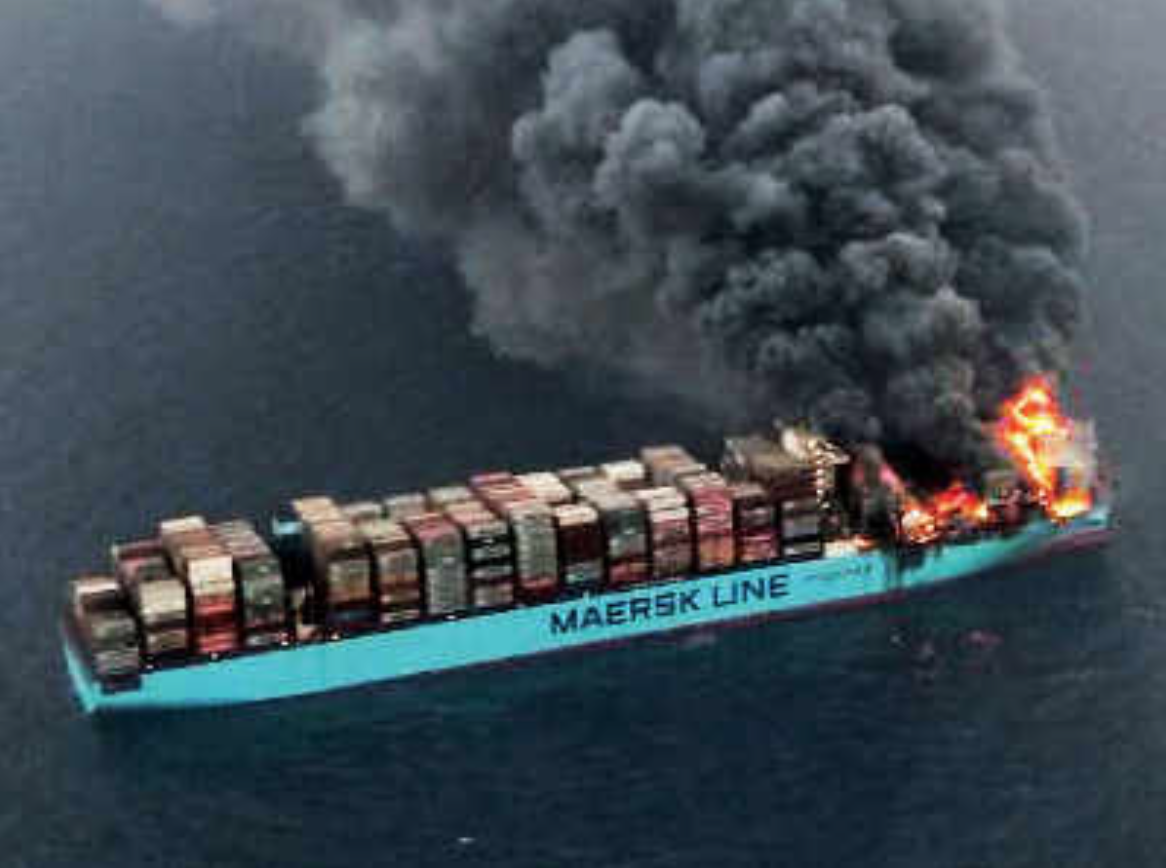 The threat of fire on a ship is an ever-present nightmare scenario. Improved construction standards and the use of inflammable materials have done a great deal to reduce the dangers, however, there are still too many incidents of fire consuming large parts of a vessel, in particular container ships.

Many of these events have been formally attributed to dangerous goods carried in containers, sometimes declared, sometimes undeclared, sometimes incorrectly declared. This has proven to be a major challenge for ship owners, port administrations and insurers given the huge cumulative financial losses represented. There is widespread acceptance that current regulations do not adequately address fire risks, especially for Ultra Large Container Ships (ULCS).

The world’s largest container carrier, Maersk Line, introduced new governing protocols following a devastating under deck fire on the Maersk Honam in the Indian Ocean in March 2018 even though it was not concluded that dangerous goods were the origin of the fire in this instance. The fire resulted in the loss of five lives. The company evaluated over 3,000 United Nations (UN) numbers of hazardous materials in order to improve understanding of a range of dangerous cargoes and from this developed new Risk Based Dangerous Goods Stowage Principles.

In collaboration with the American Bureau of Shipping (ABS), the company hosted a Hazard Identification study to validate the new stowage principles and also presented same to the Danish flag state and to the International Maritime Organization. The new principles were developed with the aim of minimising risk to crew, cargo, the environment and the vessel in case of a fire. It was decided that cargo covered under the International Maritime Dangerous Goods Code (IMDGC) would no longer be stowed in proximity to the accommodation and the engine room. Utilising statistics on container fires, Maersk defined which UN numbers should in future be stowed in which designated risk zones on any class of vessel.

Following a major fire on the container ship Yantian Express in the Atlantic in January 2019, Hapag Lloyd went further by introducing a significant penalty for mis-declaration of dangerous goods. The vessel was diverted to Freeport, Bahamas, where a lengthy salvage operation took place and General Average declared. In September the same year, the penalty for mis-declaration was set at $15,000 per container along with the threat of criminal prosecution. Several other container lines have since followed the Hapag Lloyd lead.

In October 2019, the International Association of Classification Societies concluded that:

Conscious of the challenge of fighting fires with relatively small crews and limited resources, there have also been moves to improve fire protection with the introduction of new Class notations, designed specifically for container ships, that go beyond SOLAS requirements. The Classification Society DNV has worked with owners in developing an approach which avoids reliance on having the vessel’s crew at the site of the fire but also in employing technology in the form of an array of thermal camera systems and a water spray system capable of reaching the entire deck area.

At the end of the day, it must be hoped that the carrot and stick approach to encouraging accurate declaration of dangerous goods will be effective. This combined with a realization that current SOLAS standards for fire-fighting are inadequate for large container ships will result in wholesale improvements in fire-fighting capability. For sure there cannot be an acceptance that these fires will continue to be a cost of doing business.