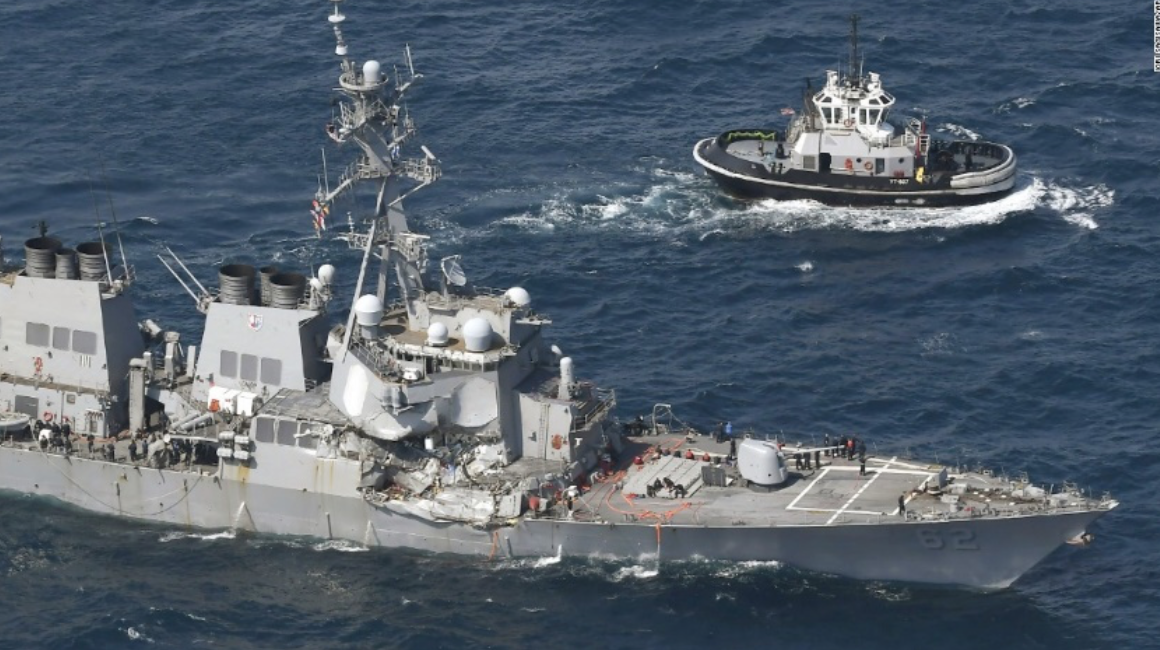 Normally I limit my articles to sharing facts but this month I will also share my thoughts on a serious issue – that of marine casualties.

This past month has seen a maritime casualty which any seafarer worth his or her salt knows full well should not have occurred, namely the grounding of the Japanese owned Cape size bulk carrier M.V. Wakashio off Mauritius with significant environmental consequences and loss of the ship itself. Let’s not beat around the bush, given today’s navigation aids, this occurrence was inexcusable gross negligence.

Another recent incident is the loss of the livestock carrier Gulf Livestock 1 along with 40 of a total of 43 crewmembers. Sadly, one of those rescued, later died in hospital leaving only two survivors. The vessel is reported to have lost propulsion while steaming into the eye of Typhoon Maysak and was overcome. Without rushing to judgement, the open-sided construction of livestock carriers is sure to be looked at again but the inexperience of a young Filipino Master is also certain to be questioned.

This week, the U.S. National Transportation Safety Board issued its long-awaited report on the investigation into the 2017 collision between the guided-missile destroyer USS Fitzgerald and the containership ACX Crystal off the coast of Japan. In brief, the Fitzgerald was on passage from Yokosuka, Japan, to the Philippines and steaming at 22 knots off Honshu Island when she collided with the ACX Crystal. The Fitzgerald had 315 crew, the ACX Crystal had 21. Damage sustained by the Fitzgerald was significant, seven seafarers were killed and a further three seriously injured. Damage to the container ship was relatively minor and no lives were lost.

Many of us in the seafaring fraternity were troubled by this incident which was followed only two months later by another, this time involving USS John McCain, also a guided-missile destroyer, which collided with the product tanker Alnic MC off Singapore. In this incident, 10 seafarers were lost from the McCain and 48 injured. The warship was again significantly damaged.

Predictably there were some difficult questions to be answered and several heads rolled as the U.S. Navy, the world’s largest and most powerful without question, sought to understand how not just one but two incidents of this nature had occurred. To be fair, the 2018 sinking of the Norwegian frigate Helge Ingstad following a collision with the tanker Sola TS off the coast of Norway also had most of us scratching our heads. In this case, the initial Accident Investigation Board of Norway report spoke to the confusion among the ship’s crew, leading them to conclude that the approaching commercial tanker was a stationary object.

Returning to the Fitzgerald, the NTSB report concluded that the probable cause of the collision with the ACX Crystal was the warship’s bridge team “failure to take early and substantial action to avoid collision as the give-way vessel in a crossing situation. A further contributing factor was the ineffective communication and cooperation between the Fitzgerald’s bridge team and the combat information center coupled with the commanding officer’s insufficient planning for the hazards of the destroyer’s intended transit”.

The full report includes 11 findings, seven identified safety issues and four safety recommendations, as well as the probable cause of the accident and goes on to comment that “this tragedy highlights the importance of keeping a vigilant watch, determining the risk of collision, and the role of the Automatic Identification System. If you are in doubt of another vessel’s intentions, you need to use proper sound and visual signals, and then take early and effective action to avoid a collision.”

The report also speaks to insufficient training and experience along with the U.S. navy’s routine failure to broadcast an AIS signal as key contributory factors. Two safety recommendation call for review and revision of fleet-wide training and qualification requirements for officers of the deck related to the international collision regulations, as well as review and revision of Bridge Resource Management training. The third calls for the broadcast of Automatic Identification System (AIS) information when in the vicinity of commercial vessel traffic unless such broadcast could compromise tactical operations. A recommendation was also made to the managers of ACX Crystal for additional training for navigation officers on collision avoidance regulations, radar and automatic radar plotting aids.

What is striking is not only the similarity of the outcomes of the Fitzgerald and McCain collisions but also that of the Helge Ingstad. That is to say, confusion on the bridge, absence of Bridge Resource Management (BRM) and in all likelihood information overload combined with a lack of experience to accurately interpret and respond to a developing situation. As merchant mariners we are well accustomed to standing a watch single handed, supported by a lookout during darkness and by the master when entering and leaving port or during heavy traffic. This is a significant contrast to the naval tradition of all hands on deck competing for space on the bridge resulting in too many distractions and ultimately decisions (or indecision) by committee.

In August 2019, Rear Admiral William Galinis, currently Commander of Naval Sea Systems Command, remarked that touchscreen-based control systems were “overly complex” because shipbuilders had little guidance on how they should work, so sailors were not sure where key indicators could be found on the screen. In the opinion of Admiral Galinis, this confusion contributed to the collisions. The Navy is planning to replace all touchscreens with wheels and throttles on all of its ships, starting this year.

These conversations remind me that as cadets we were occasionally assigned to Royal Navy / Merchant Navy liaison exercises including in my case a couple of weeks at Britannia Royal Navy College, Dartmouth. Also, when I was sailing as Chief Officer on a large reefer ship, we were chartered for a full week high speed NATO convoy escort exercise in the North Atlantic, complete with naval liaison officers. There was much to be gained then and perhaps even more now.