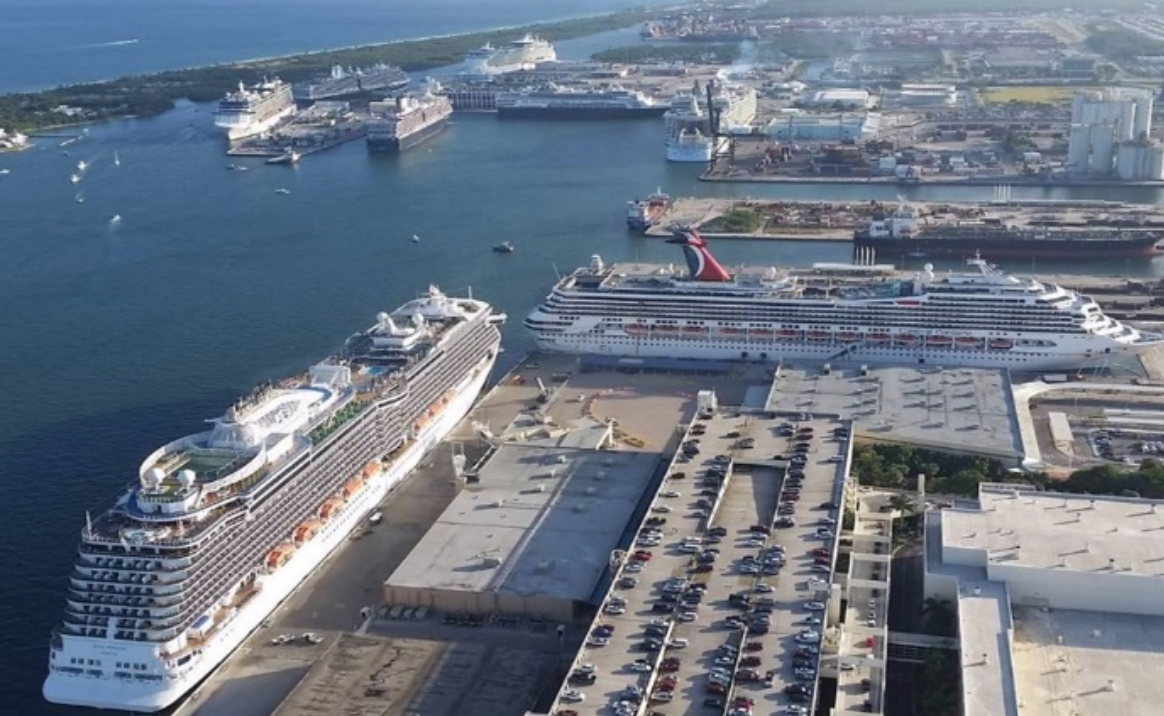 As the world continues to wrestle with the challenge of COVID-19, the immediate, medium and long term implications for the maritime sector appear to be gaining recognition. The decision to layup a vessel is usually financial, sometimes operational, but on a personal note and for any seafarer, the experience is always emotional. Accustomed to running hard 24/7/365, when everything comes to a grinding halt and the vessel is left with a skeleton crew the question begs, where from here? Facts dictate the business decision to layup a vessel but the personal uncertainty of those impacted can often be overlooked. It is rarely so simple as switching to another vessel when the whole future of a company or even an entire sector of the marine industry is in a crisis of the magnitude of today.

On the container front, at the time of writing around 15% of container capacity is idled which translates to something approaching 3.5m TEU. The prediction is that Q2 will see 250-300 cancelled sailings, primarily on the Asia-Europe and Transpacific trades, with those ships still in employment often sailing at below economically optimum capacity. The consequential impacts through global supply chains are enormous. Likewise, for car carriers, given the global collapse in demand for new vehicles the fleet is significantly under employed resulting in layups and/or early scrapping.

For the cruise industry, the past three months have been punctuated by one blow after another. Subject to exclusion orders from several countries, uncertain return to service dates, securing of a suitable layup location and the nightmare of arranging crew repatriations have in combination plunged the sector into an unprecedented crisis from which some may not emerge intact. To their great credit, having explored every option, the cruise lines have themselves switched crews between ships and taken them home by sea, or at least to a close port. As an example of this, as I write this article there are 22 large cruise ships anchored in Manila Bay, many having repatriated their Filipino crews who are then subject to a long wait for COVID-19 testing followed by a period of mandatory isolation. Similar repatriation exercises have taken place to elsewhere in Asia, Europe, South America and the Caribbean. The importance of this bold move by the cruise lines is underlined by increasing reports of anxiety among crews and sadly, even a small number of suicides.

It was recently estimated that by mid-May, some 150,000 serving seafarers would be at the end of their contracts and many well beyond their contract terms. Seeking to address the severity of the situation, the IMO has issued a 12-step plan to assist governments to enact coordinated procedures for the safe movement of seafarers. The aim is to provide its 174 member states with a roadmap to free seafarers from their Covid-19 lockdown and allow appropriate exemptions for them to crew change. The plan is supported by a coalition of seafarers’ unions, shipping industry associations and the insurance sector. The protocols spell out the responsibility of governments, shipowners, transport providers and the seafarers themselves.

With close to 300 cruise ships now idled, it has been sad to see the number of jurisdictions unwilling to cooperate in finding a berth or anchorage, however U.S. ports, particularly those with a long association with the cruise industry, have leaned over backwards to assist. There is also a cluster of Royal Caribbean group ships anchored off the Bahamas. For its part, the Fred Olsen Lines fleet has gathered in the Firth of Forth in Scotland while it was reported a few days ago that the residents of the seaside town of Weymouth in southern England have found themselves hosting P&O Cruises’ vessels Arcadia, Aurora, and Ventura all riding anchor along with Cunard Line’s Queen Mary 2 which recently relocated from Southampton.

Returning to the subject of laying up a vessel, the dilemma for a ship owner is whether to opt for a hot or cold layup. In a hot lay-up, the ship’s engines and essential machinery is kept turning over to allow for early reactivation. The operational costs are thus higher since more crew are required and fuel is consumed. In a cold layup, vessels are simply supplied with emergency power for lights and essential equipment including fire detection and fighting, overseen by a minimal number of crew. Emerging from a cold layup will generally require at least a couple of weeks but whatever decisions are taking it is important to work hand in glove with the ship’s Classification Society to ensure that maintenance and insurance is not compromised. It is an express condition for P&I and hull and machinery insurances that the vessel maintains its Classification, either “in operation” or “laid up” status. A suspension of Class for any reason will automatically lead to a loss of insurance, and the insurance will not be reinstated without written confirmation from Class.

That said, owners will generally qualify for a rebate on insurance premiums for the period that a ship is out of service but in addition to prevention of and protection from fire and flooding, leading marine underwriter Gard provides guidance on three main requirements which vessel owners must comply with, namely:

1. The lay-up site must be described with particular attention to the weather conditions and must be approved by the local authorities.

3. The vessel owner should contact the manufacturers of the critical equipment on board and make sure maintenance, preservation and reactivation are done according to their recommendations. Preserving expensive accommodation areas on cruise vessels is also important.

Gard also reminds that that is not during the lay-up itself that incidents leading to insurance claims usually happen, rather it is during the reactivation. For example, prior to reactivation, Class must perform any outstanding surveys together with a full check of the entire machinery installation. Depending on the duration of the lay-up, a sea trial, must be performed and a full Safety Management System audit must also be carried out. To encourage compliance, underwriters may include specific reactivation clauses as part of the cover during lay-up.

All that said, extended periods of layup also run the risk of hull fouling with consequential loss of speed and increased bunker consumption. Here Skuld offers detailed advice and clarification as to what constitutes an extended layup in the form of the BIMCO standard Hull Fouling Clause, first developed in 2013 and coincidentally revised in 2019. The clause refers to allowance for shifting between ports, anchorages or waiting areas in order to “stop the clock counting”. There is also an attempt to clarify the ability to undertake an interim sea passage with speed and duration to remove marine growth.

All very legalistic but safe to say that sitting around, particularly in tropical waters, can result in hull fouling and the need for a clean up if a vessel is to return to full operational efficiency.

All food for thought when deciding where and for how long to lay up a vessel.