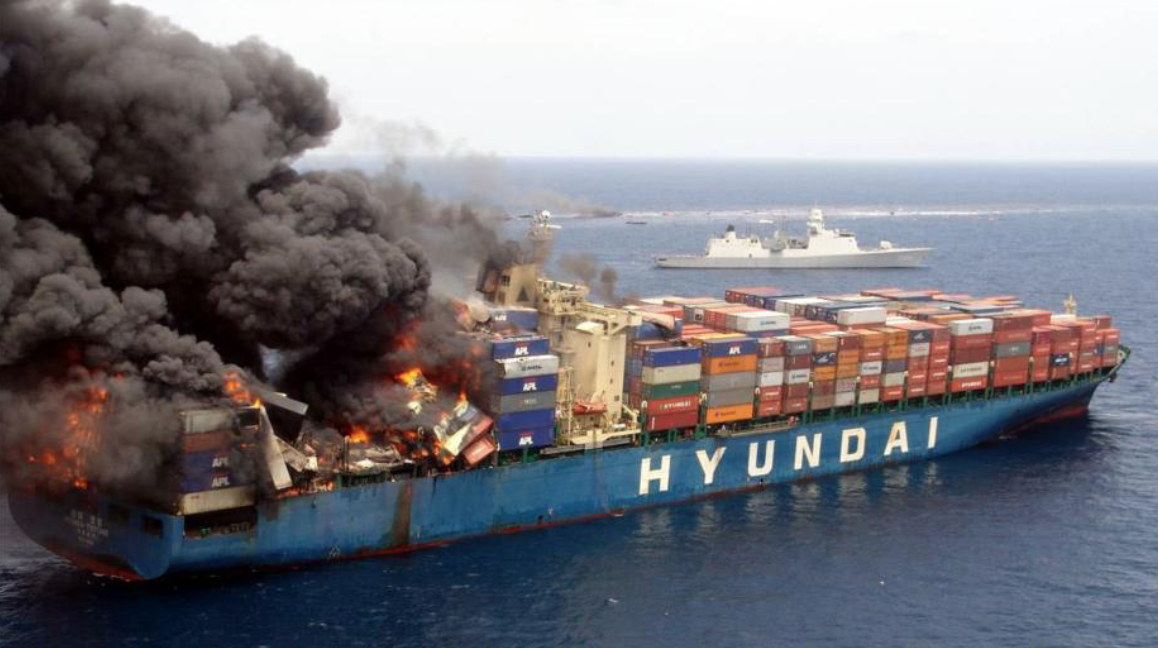 The International Union of Marine Insurance (IUMI) has recently highlighted the ongoing problem of dealing with containership fires. The problem is not a new one but with the increase in size of container ships in the last few years, dealing with such an event has become extremely challenging.

Some of the most publicized fires in recent years are:

In 2019 to date, notable fires have occurred on the container ships Yantian Express, APL Le Havre, Grand America (Lo-Ro). E.R. Kobe and KMTC Hong Kong. Damage ranges from severe structural to complete loss of vessel as in the case of Grand America which capsized and sank in the Bay of Biscay.

However, the highlighted vessels are only those that made the headlines and there were many lesser incidents that did not attract media attention. In several cases, the official investigation concluded that the likely cause of the fire was undeclared or mis-declared hazardous cargo. So why is this? No doubt there are cases of genuine administrative error but there is also an ongoing problem of shippers seeking to avoid the higher freight costs attributable to dangerous goods. This, in turn, results in the stowage of containers in bays not designated for dangerous goods, thereby compounding problems of access in the event of an incident.

In January 2016, changes to IMO SOLAS regulations required all new container ships, in addition to current regulations, be fitted with at least one water mist lance, and be provided with mobile water monitors. However, given the continuing frequency of incidents, Classification societies and P&I clubs are not convinced that fire protection is adequate. In some cases, voluntary notations have been introduced in recognition that some owners are choosing to exceed SOLAS standards and for its part, ABS has issued industry’s first guide to address firefighting and safety systems on container vessels. The guide targets naval architects, shipyards, owners and operators and for the first time promotes flooding of holds as a fire suppression option.

The intervention of the International Union of Marine Insurance (IUMI) came with the following quote:

“Fire-fighting capabilities onboard containerships are deficient and we need to see more headway to improve the safety of crew, the environment, the cargo and the ships themselves. Mis and non-declaration of cargo has serious safety implications and is the root cause behind these tragic incidents”.

Research efforts have identified a number of new steps to be considered including: 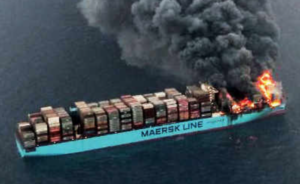 Returning to the issue of dangerous cargo declarations, the major carriers this year began turning the screw by applying heavy fines on shippers who choose to abuse their trust. This is further supported by an industry coalition including IUMI, the International Chamber of Shipping (ICS), BIMCO, the International Cargo Handling Coordination Association (ICHCA), the International Group of P&I Clubs, the International Vessel Operators Dangerous Goods Association (IVODGA) and the World Shipping Council (WSC). In September this year, the coalition submitted a proposal to the IMO seeking a comprehensive review of maritime Special Provisions (SPs) in the IMDG Code. The Dangerous Goods List in chapter 3.2 of the IMDG Code includes UN numbers assigned for dangerous goods, with an allocated Proper Shipping Name (PSN).

Globally, there are ports which are prepared, at least in part, to deal with a major container ship fire but most are not. With a crew of around 20, the ability of the vessel to deal with a major outbreak is in reality very limited given existing fire protection capability. Shore side or salvage assistance is therefore essential but in many ports there is a serious lack of investment in the training and equipment needed to provide meaningful support.

Finally a word on General Average Insurance, a principle of maritime law which dates back to the York Antwerp Rules of 1890 whereby “all stakeholders in a sea venture proportionally share any loss resulting from a voluntary sacrifice of part of the ship or cargo to save the whole in an emergency”. In summary, when General Average is declared, not only are ocean carriers not liable for loss or damage to cargo, but every cargo owner is responsible, in part, for the cargo of others, as well as the ship itself.

While the principle worked well for over a century, it is safe to say that the principle was not designed with today’s containerships in mind but in the absence of alternative mechanisms, ship owners are left with little choice. This results in an administrative nightmare with literally thousands of Bill of Lading holders assuming a liability to a ship owner in order to secure the release of their cargo – always assuming that the cargo survives.

In combination, these issues a complex but must at some stage be seriously addressed.