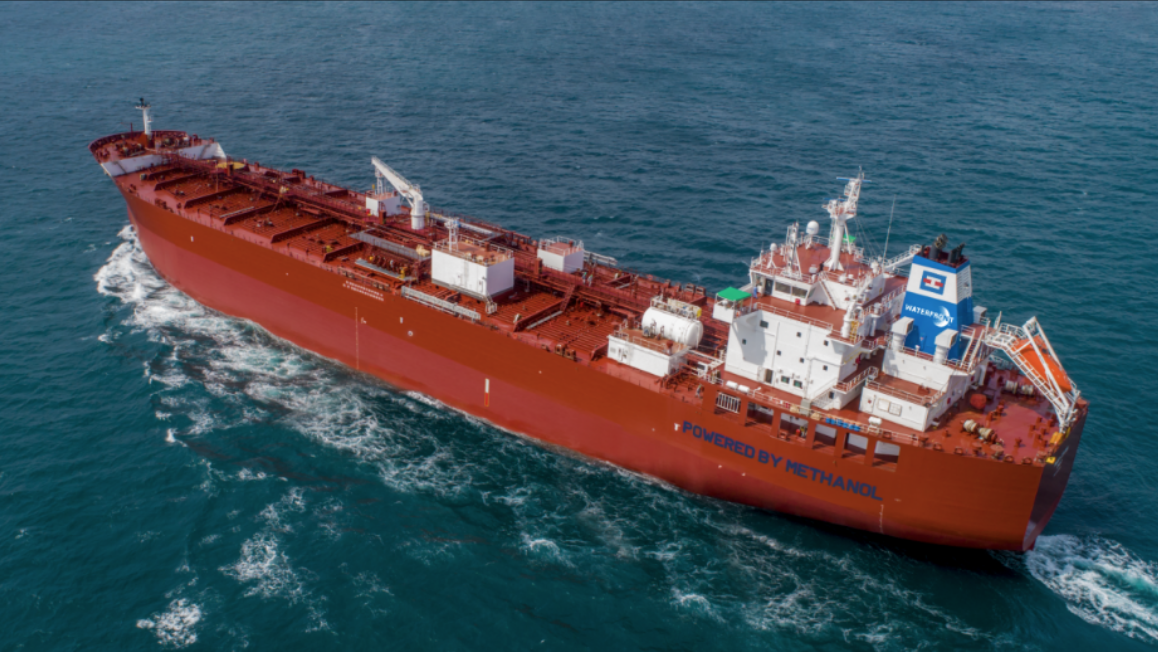 Based here in Vancouver, Canada, Methanex is the world’s largest producer and supplier of methanol. The company operates production sites in Canada, Chile, Egypt, New Zealand, Trinidad and Tobago and the United States supported by a global supply chain of terminals, storage facilities and the world’s largest dedicated fleet of methanol tankers.

The shipping arm of Mathanex is Waterfront Shipping, also based in Vancouver. Waterfront operates the world’s largest methanol ocean tanker fleet at around 28 vessels ranging from 3,000 to 50,000DWT. The partially owned and chartered fleet is tasked to provide a seamless transportation network to maintain an uninterrupted flow of methanol moving to storage terminals and customers’ plants across the globe. Given the need to prepare for IMO 2020 fuel standards, it perhaps, therefore, no surprise that the company has looked to an internal solution through the use of methanol as a primary fuel for its more recent newbuilds.

This process began in 2016 and has rapidly expanded to seven methanol-fuelled vessels using methanol as an alternative fuel. With the technology fully proven, the program continues with the introduction of two new vessels which are able to meet IMO Tier III emissions standards without the need for exhaust gas after treatment. 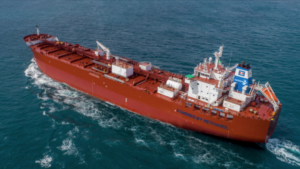 The new vessels, the first of which is the above pictured Mari Couva (courtesy of Methanex) are built with 2nd generation MAN B&W ME-LGIM two stroke dual-fuel engines that can run on both methanol and conventional marine fuels. The addition of the newbuilds, jointly named in August this year, will see 40% of the Waterfront fleet burning methanol by the end of 2019 following the addition of a further two newbuilds, Takaroa Sun and Creole Sun owned by NYK and Mitsui/IINO Kaisha, which will allow for the release of older tonnage.

Methanol is one of the world’s most widely traded chemicals and is available globally at major ports. Biodegradable and clean-burning, methanol is a safe marine fuel that can meet the most stringent environmental regulations. In addition to IMO 2020-compliant SOx emissions and the ability to meet the previously mentioned Tier III NOx regulations, methanol offers shipping a solution towards the IMO’s ambitious future carbon emission reduction targets. 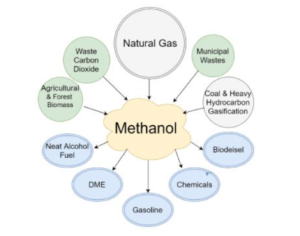 Methanol is a colourless liquid that can be produced from natural gas, coal, biomass or even CO2. By using methanol, the emissions of sulphur (SOx) are reduced by roughly 99 percent, nitrogen (NOx) by 60 percent, particles (PM) by 95 percent and carbon dioxide (CO2) by 25 percent when compared to fuels currently available.

In addition to the Methanex fleet, the 2001 built ro-ro/passenger vessel Stena Germanica which operates in the Baltic Sea, has been converted to burn methanol. The project involved collaboration with the engine manufacturer Wärtsilä and the ports of Gothenburg and Kiel in addition to Methanex Corporation. The conversion was carried out at the Remontowa shipyard in Gdansk, Poland. The IMO has invited the International Standards Organisation (ISO) to develop a standard for methanol as a marine fuel, a routine step in preparation for broader commercial adoption.

According to the Methanol Institute, a global trade association, interest in the use of Methanol as marine fuel has continued to grow in recent years, with several research projects completed or in progress to investigate the suitability of marine fuel across multiple vessel types.

The global methanol industry comprises over 90 plants with a combined production capacity of around 110 million MT. It is estimated that each day, some 200,000 tons of methanol is used as a chemical feedstock or transportation fuel.