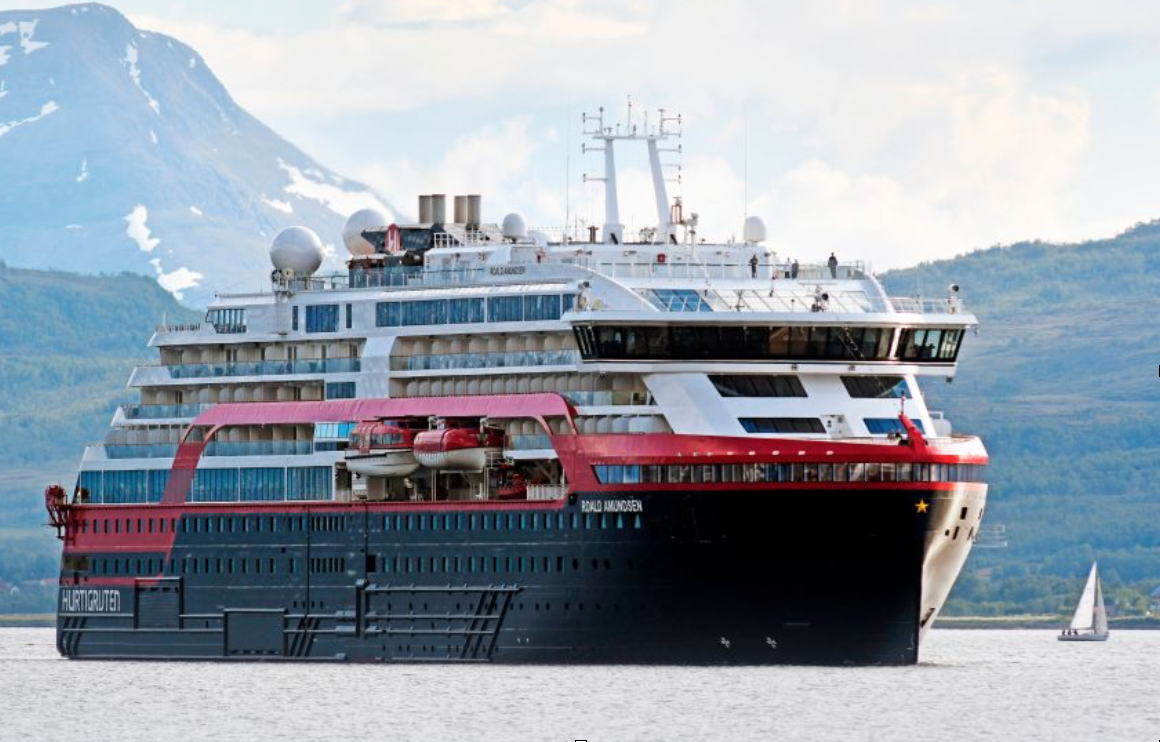 After beginning her maiden voyage from the Norwegian port of Tromso in early July this year the Hurtigruten expedition cruise ship MS Roald Amundsen has just become the first battery-hybrid powered ship to sail over 3,000 nautical miles through the Northwest Passage. She sailed from Kangerlussuaq in Greenland on August 20 to Nome, Alaska, arriving on September 10.

The Amundsen is designed to operate off the Norwegian coast and for expedition voyages in polar waters. For this, she integrates an ice-strengthened hull with an efficient wave-piercing bow design and is fitted with a uniquely designed Rolls-Royce Unified Bridge incorporating a DP0 dynamic positioning system, Aquarius 100 stabilizers and an ACON integrated automation system. The onboard hybrid power solution in combination with the hull structure and ultra-efficient power systems are designed to reduce both fuel consumption and CO2 discharges by 20% – equivalent to more than 3,000 metric tons of CO2 a year.

The vessel is powered by an innovative hybrid solution including four Bergen B33:45 engines and batteries. The engines are fitted with a selective catalytic reduction system to meet IMO Tier III nitrogen oxide (NOx) emission limits. 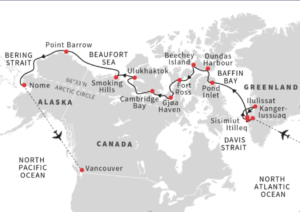 Following her transit of the Northwest Passage, the Amundsen is now set for a series of cruises along the coasts of North and South America before repositioning to spend her winter in Antarctica where she will be the first ship in history to undergo her official naming ceremony. In the summer of 2020, she returns to North America, for a series of Alaskan expedition cruises from here in Vancouver.

Beyond the new build program, Hurtigruten is upgrading three existing vessels, the 2002-3 built Finnmarken, Trollfjord and Midnatsol. The vessels will be refitted with Tier 3-compliant engines, along with battery packs and hybrid drive systems. They will also be fitted with new shore power connections. In addition to expedition cruising, the fleet continuously serves the Norwegian coast from Bergen in the Southwest to Kirkenes on the Russian border. The vessels are integral to the carriage of freight and vital supplies along with local and international passengers wanting to explore the Norwegian coastline.

Roald Amundsen (1872-1928) led the first-ever expedition to transit the Northwest Passage by sea from 1903 to 1906 and in 1911, was the first person in the world to plant a flag at the South Pole after taking almost two months by dog sled to reach the Pole from the Ross Sea.

Fridtjof Nansen’s (1861-1930) claim to fame is that he used cross-country skis to cross Greenland in 1888, being the first to complete this trek. In addition to being an explorer, Nansen was a scientist, diplomat, humanitarian and Nobel Peace Prize laureate.